Anna Comnena is a 7th generation Ventrue who has ruled the Middle Eastern city of Nicea since the Middle Ages.

Originally the eldest child of Constantinople's emperor Alexios I Komnenos, she was Embraced by the Ventrue Ducas. Mentored by the great general Belisarius, she became the Quaesitor and Chamberlain of Constantinople before the Bitter Crusade gutted the city and ended the Dream.

She survived the scourging of the greatest city of the medieval world and in time became Prince of Nicea. She has since developed a severe rivalry with Alfonzo, the new Prince of Constantinople, mainly because he and the Latins took the city from her father's legacy.

While Anna Komnene died in her seventies, as a vampire she has the appearance of being in her mid-20s. This is due to her asking the Tzimisce Symeon to reshape her form "into a woman of inhuman and predatory beauty." 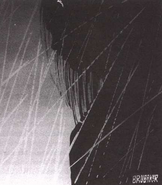 Retrieved from "https://whitewolf.fandom.com/wiki/Anna_Comnena?oldid=207037"
Community content is available under CC-BY-SA unless otherwise noted.