Premascine
Ambrogino Giovanni is a 5th generation Cappadocian, a childe of Lady Constancia.[2] He is a Premascine and one of Clan Hecata's most powerful necromancers.[3] He is also an incomparable occult scholar who has spent most of his unlife seeking out arcane texts such as the Sargon Fragment.

Born a bastard to the Giovanni family, Ambrogino gained the notice of the family elders through his viciousness and sheer ambition. An accomplished necromancer even during his natural life, he experienced an intense vision of himself becoming a god.[2] This goal would become his driving force and further encourage his overwhelming ego.

When Clan Cappadocian began Embracing members of the Giovanni family, he was one of the few chosen for the Kiss. As such, he is one of the very few Giovanni Cainites whose blood descends from Cappadocius and not Augustus Giovanni. His interest in godhood led him to Cappadocius' research and he has spent centuries trying to locate the Sargon Fragment. Unlike the Antediluvian, Ambrogino does not believe that one could actually diablerize God, but does believe one can achieve godlike power. In 1882, he found the Anexhexeton, a document the shows how divine apotheosis can be achieved. Believing the Sargon Fragment destroyed, he began scouting the Shadowlands, hoping to find the "ghost" of the document.

His work was violently interrupted in 1999 when the Sixth Maelstrom ruined much of the world beyond the Shroud. After interrogating many wraiths thrown across the Shroud, a narrative began to take form. There had been a tremendous flash of light followed by a shaking of the entire Shadowlands. A few wraiths then saw "three radiant, glowing shapes" rise upwards, pause for a brief moment, and then disappear.[4] Ambrogino, intrigued and disturbed by the story, started reconsidering the scope of Cappadocius' plan, and hurried back into the Underworld.

Ambrogino's place among the Giovanni Clan is somewhat of an enigma. Apparently, Augustus has given him carte blanche to investigate the arcane and contradictory past of the Kindred. He therefore pays little heed to norms of the Clan, in various ways insulting almost every powerful Giovanni with which he comes in contact. Not that he cares – his self-interest and ambition leaves little reason to court allies.

A hulk of a man, Ambrogino usually hides his 50-year old features with a combination of Obfuscate and magic. However, he must physically conceal his left hand, which has permanently become a decayed claw because of his constant use of Necromancy.

From Cults of the Blood Gods: Ambrogino smiled, his perpetually rotted teeth a mix of yellows and blacks, contrasted against his purple lips and pale skin. 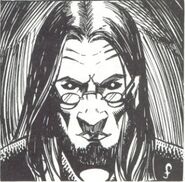 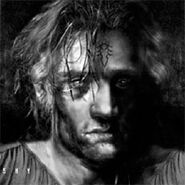 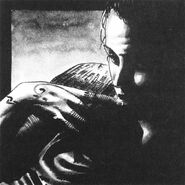 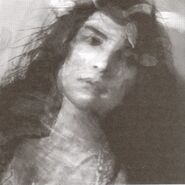 From Kindred Most Wanted. Art by Ken Meyer, Jr. 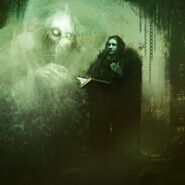