When two boys turned up at the bottom of Snug Harbor in 1841, their pupils blown and rocks in their pockets, the quiet sailor’s community knew it had a problem. Things seemed tense for the fall, and then, in thewinter, the Blakely boys disappeared. Everyone assumed that the Blakely boys had killed the original two and theirconsciences had finally gotten the better of them, urging them to leave. When both of the Blakelys were discovered the following spring in the same part of Snug Harbor, with the same head injuries and the same types of stones weighingthem down, the residents were once again up in arms.It would seem they had a child-killer on their hands.

As summer came around and school let out, it was not without some sense of trepidation that parents let theirchildren play outside. As if to confi rm their fears, Tom Hawkins was found at the foot of a tree, his head viciously bludgeoned with a rock. Tom was older than the otherboys, however, and it seemed he had been too heavy for his attacker to drag to the creek. Rushed to the hospital, Tom was given around-the-clock care in hopes of nursing him back to health — and to identify his attacker.

When Tom came to, he named Adelaide Davis, the daughter of a widowed sailor. At age 12, she “had had alot of boyfriends,” most of whom ended up dead. After a much publicized (and not wholly fair, even if Adelaide did confess) trial, Adelaide was remanded to the custodyof the state. Sent to the Blackwell’s Island lunatic asylum, she spent 10 years in a hopeless dementia. A Malkavian“nurse,” traveling from asylum to asylum, had read about Adelaide’s story and arranged paperwork for her to be freed from the asylum. With her father dead and a dubiouslyclean bill of mental health, Adelaide was released. She returned with her patron to Snug Harbor, Staten Island, staying in Adelaide’s father’s house, which hadbeen abandoned. Within a few years, their relationship had blossomed, and Adelaide was Embraced.

Adelaide kept a low profi le after her sire ran afoul of the local Sabbat. She fed mostly from sailors, makinga few contacts among the Cainites of the city, but she kept largely to herself. When pressed, she made nominalstatements of allegiance to the Sabbat but never paid them much attention. So it went for almost a century, with Adelaide hiding from the sect that held the city,every now and then indulging her jealousy of “other” children — but these times she was careful enough to do it away from her home.

Then the tides turned — the Camarilla swept in and displaced the Sabbat. For Adelaide, this was fine.. She had heard about the Ivory Tower from her sire, and it seemed to be a much less domineering group of Kindred (or Cainites, or whatever this particular faction chose to call itself). Although she hadn’t participated in the Battle of New York, largely out of apathy to the Sabbat cause, she thought that this new power might prove more to her liking. To that end, she sought out others of her kind. While the Malkavian presence turned out tobe spotty and disorganized, other Kindred proved to be much more focused. Adelaide could appreciate that; she could understand a purpose. Making the acquaintance of the Toreador Thomas Arturo, Adelaide procured for herself a minor place among the social elite of this new Camarilla.

Over the past two years, she has grown boundlessly enamored of the Toreador, to the point where she would do anything for him… and she has. Arturo is no fool, and after learning a bit of Adelaide’s history, read up on her. He knows her penchant for killing children, and fully intends to use it at some point in the future. Adelaide will be only too happy to oblige for her part. She sees the relationship as much more personable than it truly is.

Lissome and twitchy, Adelaide always seems on the verge of nervous collapse. That is, when she’s notfacedown in a near-torpid sleep, she’s frenetic. Adelaide wears the clothing of a shut-in, weird garments that might have once been stylish, or may have always seemed as bizarre as they do now. Lace, heavy brocades, gingham — it depends on the season, but Adelaide has more clothes than she knows what to do with. If she’d pay some attention to herself, she’d probably be pretty, but as it stands, she’s only a few steps removed from being a veritable bag lady in appearance. Her face is young; beneath the smear oflipstick and frightening application of rouge lie genuinely appealing features. 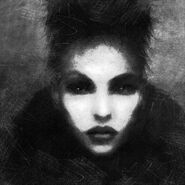 Adelaide Davis in Vampire: The Masquerade - Coteries of New York

Adelaide Davis VTES card
Add a photo to this gallery

Retrieved from "https://whitewolf.fandom.com/wiki/Adelaide_Davis?oldid=253667"
Community content is available under CC-BY-SA unless otherwise noted.