Abomination is a term used to describe a shapeshifter transformed into a vampire. Needless to say that these creatures are exceptionally rare, in light of the fact that almost all Fera are violently allergic to vampiric vitae.

They are called by many names: the "Undying Children", the "Damned Urrah", the "Vrykolakas", the "Pale Ones" and "Luna's Demons". But in general they are best known simply as the "Abominations". However, very few Fera would survive the Embrace. Some of them linger on in agony for a time before death, but most die instantly and painlessly - (and many werewolves believe they are being spared of Wyrm's curse through the blessing of Gaia).

A rare few, however, do not die. These Garou become a cross between werewolf and vampire: an "Abomination". It is not known why Gaia allows this to happen, though some stories suggest those whose souls are already corrupted or who have been driven to Harano may be Embraced. Some Garou, hearing these stories, actually seek Kindred out for the Embrace, whether from fear of death or desire for power is unknown.

Garou Abominations are slightly more common than Fera Abominations. Bastet Abominations constantly lose Gnosis until it runs dry. Gurahl Abominations are known as Umfalla, or "soul-dead", and are killed on sight by living Gurahl. Corax and Mokole Abominations die, no matter where they are, at the next sunrise; Mokole Abominations also go on a mindless rampage. Nuwisha always die from an Embrace attempt. Ananasi are completely immune, as vampires cannot tolerate the arachnid elements in their blood. Kitsune are said to be blessed by Gaia and greet their prospective sire with a brief, but intense, pillar of flame on the first drop of vitae that is given to their blood-drained form. Ratkin can be embraced, but they rot like ordinary corpses and eventually fall over and stop moving.

Abominations are feared by Garou and Kindred alike. They are extremely powerful and most are quickly driven insane, becoming bestial and incapable of acting even remotely human — endangering the Masquerade and the Veil. As a result, vampires and werewolves seek to destroy Abominations as quickly as possible, and most live brief but bloody lives. But there are some cases where an abomination keeps their sanity and those are the most dangerous of all, for if a single abomination learns to use their powers the right way, they could be one of the most powerful entities the earth has ever seen.

Abominations do not lose the ability to shift between forms. They are not able to regenerate, healing only by spending blood points (as with any other vampire). While they still remember the gifts and rites they possessed before their Embrace, they can only effect Wyrm rites, and can only learn new rites from Banes. Abominations cannot increase their Gnosis trait at all. Finally, they cannot spend points from different pools (Rage, Gnosis, or blood) in the same turn. Abominations can learn and use Disciplines as usual for a vampire of their clan or bloodline.

Abominations also suffer from constant depression and psychological erosion. Their dice pools are halved and they must spend a Willpower point to play any scene with a full dice pool. They can never spend a Willpower point to gain an automatic success on an action, and Abominations are never able to increase their Humanity, Virtues, or permanent Willpower with experience points. They also cannot Embrace, their Vitae being infertile.

Abominations gain a new Trait: Ego, which is associated with their own form of Path, called the Hierarchy of Wyrm Taint.

Ego is the measure of their new consciousness, which is now divided and liberated from their former "pack" mentality. Ego is the mark of a vampire Garou's separation from the rest of its race. Ego is similar to the Humanity Trait possessed by vampires, but a different scale is used to determine loss of Ego (see below).

If an Abomination's Ego drops below seven, it will bear the stench of the Wyrm; the only spirits it will be able to influence are Banes. Its totem will desert it, but Bane totems will welcome alliances with the Abomination. This taint can only be removed if its Ego is once again raised to seven or more.

Abominations continue to have the ability to step sideways regardless of their Ego rating.

• An Abomination's beginning Ego is equal to their Gnosis score.

• Ego represents how well the Abomination can resist the bestial urges within it. These are not natural urges, but Wyrmridden emotions. An Abomination that falls to zero Ego is lost utterly; it is a thing of the Wyrm.

• Ego does not determine the Abomination's chance to frenzy - that is governed by its Rage. However, for every frenzy it suffers, it may lose Ego, depending on its actions during frenzy. 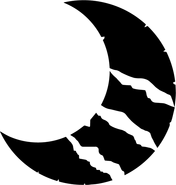 Abomination from MET: Werewolf: The Apocalypse
Add a photo to this gallery

Retrieved from "https://whitewolf.fandom.com/wiki/Abomination?oldid=283583"
Community content is available under CC-BY-SA unless otherwise noted.