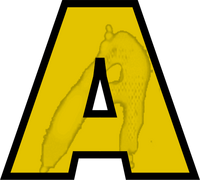 Aberrant: any person, group, or thing that differs substantially from the usual or standard.

Thought by some to be a cadre of dissidents and terrorists not unlike the Teragen, the Aberrants are a like minded group of people who doubt the motivations of Project Utopia, and specifically investigate the shadowy Project Proteus.

Aberrant members keep their allegiance a secret, often working freelance or within another organization such as Utopia. Two well known members of this faction are Sophia Rousseau and Andre Corbin, a former Team Tomorrow member.

This Aberrant-related article is a stub. You can help WWWiki by fixing it.
Retrieved from "https://whitewolf.fandom.com/wiki/Aberrant_(allegiance)?oldid=86095"
Community content is available under CC-BY-SA unless otherwise noted.