Katherine of Montpellier is a Toreador elder who awoke from torpor in 2000 CE. She is an influential french Harpy, a loremaster of her clan, and inspiration for many great artists such as Dante Alighieri.

Katherine's mortal life began in the year 1116 CE. Her father, a French nobleman whose greatness lay more in property and wealth than in his martial prowess, was as indulgent with his daughter as he was exceedingly strict with her older brothers. From sideboard and banquet table he pushed Katherine's older brother Abelard toward warcraft and Fulbert toward the Church – despite the piety of the elder and the shiftlessness of the younger. While all this occurred, Katherine occupied herself with needlepoint, house management, and something of a secret apprenticeship with a young priest and painter named Father Bernard. Bernard did not take her interest in painting very seriously, considering it mostly a pretext to seducing him (the truth was rather the opposite).

Bernard was not her only lover, but he was her favorite, which made it all the more frustrating when her father began to speak of marrying her off to a neighbor of his own age. However, her feelings changed when she met Olivier, the man her father intended her to wed. Before the wedding could take place, however, her father died. He supposedly got drunk and fell down the stairs, but his heir Fulbert was the only witness. In unseemly haste, Fulbert married his sister to a creditor of his named Hubert. Hubert was young enough that he might actually be interesting, but he was merely a knight of lesser station. Furthermore, he revealed a jealous and possessive streak almost immediately, but that was the least of his villainy. Once Hubert had married into the family, it did not take him long to arrange a full investigation of Henry's death. Fulbert was hanged for the crime of patricide, leaving no male heir to Henry's lands and title – only Katherine. Hubert took it all. Then things took a very bad turn for Katherine. Hubert had little patience for her outspoken ways and expressed his displeasure with slaps, kicks, and (when sufficiently angered) a blow from a mailed fist that cracked three of Katherine's ribs.

Katherine tried to make peace with her situation. Unable to see any of her old friends (for Hubert gave her little freedom) she comforted herself with her arts. Hubert was pleased with her embroidery, but when he discovered her secret cache of paintings, he was enraged. He refused to believe that they were her works and insisted that she must have been hiding a lover. He burned the paintings, then beat her unconscious and did not stop striking her until both her eyes swelled completely shut. She found her vengeance with the help of the nun Hubert sent to tend her after her "injury". The woman was sympathetic, and gave Katherine a dram of poison sufficient to end her life instantly.

Appearing subservient, Katherine waited a full year to take her revenge. She spoke meekly, kept her gaze lowered, and submitted to her husband's odious lechery. All through her pregnancy, she plotted his downfall. Katherine did not kill her husband, but she kept him sick for months, vomiting out the means that only she was permitted to bring him. Every day, he lost a little more weight, grew a little weaker, and a little more afraid. Every day, she walked a bit taller, smiled a bit more, spoke with a little more authority and pride. With her husband confined, Katherine was the uncontested master of the estate. Her shrewd management (both of her estates and her neighbors) made her lands prosperous. Eight years after her hand first put poison on her husband's plate, she was wealthy enough to entice painters, sculptors and minstrels to her home. For a decade, Katherine lived in this fashion. She was quite happy; her husband went mad after about four years, but that really gave him greater freedom. Once his servants recognized that "only Katherine's love could understand his mangled speech", Katherine felt it was safe to release him from confinement and let him walk the grounds.

Then a new guest came to her court, a beardless youth who arrived by night, attracted by word of a gracious patroness. Theobald resided in her home for a month before Katherine discovered one secret: Theobald was a woman disguising herself as a man. Katherine suspected nothing about her guest's true nature until Theobald – or Theophano, as she was originally known over a thousand years earlier – decided that Katherine was worthy to be Embraced. Her new state made things much easier for Katherine. Her marital experience had already done an admirable job of preparing Katherine for unlife among the Damned, and she took to it with gusto.

Under her stewardship, her ancestral home became a haven for many traveling Cainites. After her son Jean had reached maturity, she left for Paris, feigning her own death. To hear her tell it, she oversaw the construction of Notre Dame and was the mistress of Dante Alighieri.

Eventually, however, she was driven from her beloved city by the English invasion. Resettling briefly in Cologne, she dabbled in German politics but mainly became interested in the new technologies of the Renaissance. She assumed that the stories of the Inquisition's excesses were exaggerated, and with that confidence she traveled to see the prodigy Leonardo da Vinci. Overtaken by suspiciously well-armed churchmen, she was staked and left for the sun. But she did not suffer Final Death. She was placed in a protected place by a ghoul who meant to restore her when he found a suitable victim for her anticipated hunger. In 1999, Kindred archaeologists Carmelita Neillson and Guillaume Giovanni, under the direction of the ubiquitous Beckett, uncovered her resting place. Guillaume fell under Katherine's fangs, sating the hunger of centuries, as did the ghouls who had accompanied the two explorers.

Katherine is known as a scholar with unconventional views on the history of her species, generally painting her Clan and the Toreador Antediluvian in a much more positive light than the other traditions. One of her critics among her own Clan, Etienne of Poitou, once declared "Katherine accuses others of prettying history to cover its flaws, but of that particular sin, she is as guilty as any of us may be."[1] Etienne also acknowledged that her knowledge about the history of the Clan during antiquity had merit.

Katherine of Montpellier, the Muse 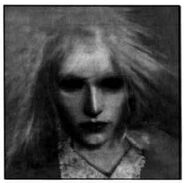 Katherine for VTM-Heritage
Add a photo to this gallery

Retrieved from "https://whitewolf.fandom.com/wiki/Katherine_of_Montpellier?oldid=240826"
Community content is available under CC-BY-SA unless otherwise noted.